Italy: the city of Milan says “no” to food speculation

The Italian campaign“Sulla fame non si specula” (in English “Stop gambling on hunger”) is keen to extabilish connections with other campaings on the same issue all over the world. Please find here an English version of our campaing with contact information.

The city of Milan will not speculate on food. On the eve of the run off of the local elections in the city that will hold the 2015 Expo, both candidates for mayor, Giuliano Pisapia and Letizia Moratti, have subscribed their names to the campaign “Stop gambling on hunger” and to the ethical code that prevents the city administration from investing in speculative food stocks.

“Sulla fame non si specula” (in English “Stop gambling on hunger””) is a joint advocacy campaign between Action Aid International, Acli (Association of Italian christian workers), Pime Institute, Unimondo-Oneworld, Vita Magazine, and others Italian NGOs, which has been launched in Italy on Friday April 15. The aim is to call for more regulations to prevent the speculation on food.

Since June 2010, the prices of corn and wheat have doubled, again. At the same time, commodity markets – from Chicago to Singapore – have seen primary resources and food derivatives increase by 10-20% compared to the previous year.

The same thing had already happened between 2007 and 2008: the price of some cereals doubled and in some cases quadrupled. Then, in less than sixty days they fell to their original values. This had grave consequences for the poorer countries where wheat and corn are the staple food. In these first few months of 2011, food prices have again soared, this time higher than ever before.

Market rules created so as to increase the efficiency of exchanges between producers, consumers and intermediary businesses are falsified by these new players who have no actual interest in buying or selling wheat, corn, soya beans or rice but who are solely after the maximum returns in the shortest time.

For these reasons, the campaign “Sulla fame non si specula” is calling for regulations, which safeguard food markets from speculation.

The European Commission itself seems to be intent on promoting similar actions. “Food speculation is scandalous. There are millions of people dying of hunger in the world today,” declared Michel Barnier, the Commissioner for Internal Markets, “we must ensure that markets contribute to sustainable growth”. In the USA, the Commodity Futures Trading Commission, a watchdog for this sector focused mainly on the Chicago Mercantile Exchange, has proposed a similar set of rules.

In Milan, the heart of Italy’s financial market and the host of the 2015 Expo, which has the ambitious theme of “Nourishing the planet, energy for life”, the Italian campaign “Sulla fame non si specula” seeks to add its voice to these efforts. An appeal has been launched to the men and women running in the upcoming mayoral elections: the Mayor who will lead Milan during the 2015 Expo, is being called on to take a concrete step in the right direction by adhering to their campaign. More than this, they are being asked to agree to a code of conduct that will not allow the local government to invest in derivatives, which speculate on food prices.

Food is not something you can gamble on: this is the important ethical message coming from Milan, which is an important stock market where agricultural raw material shares are exchanged everyday, and which is the venue of the 2015 Expo on food.

This is only the first step. The campaign will go on and will relate to other similar initiatives in Europe and in the United States calling for regulations which safeguard food markets from speculation. 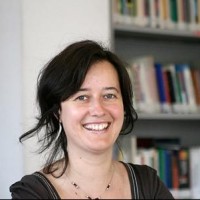 About the Author Emanuela